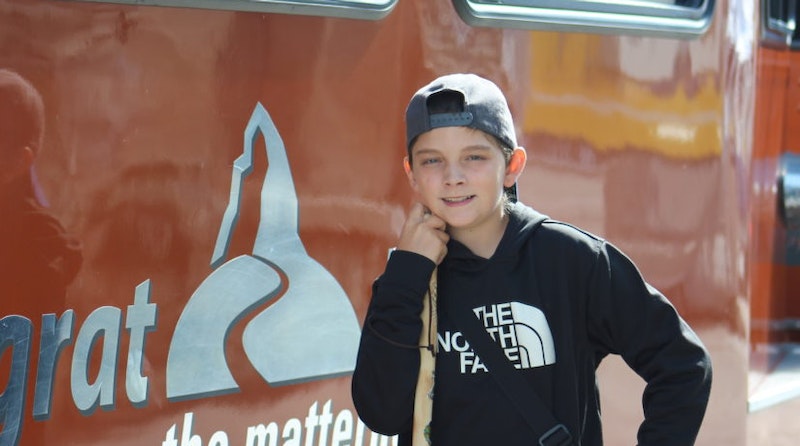 Employee Hillary Tucker understands why blood donation is so important. She’s seen it firsthand. It was January 2012 when her then 10-year-old son James wasn’t feeling well.

“It was after the holidays, and he didn’t bounce back,” Hillary said. “He was tired. I was thinking mono."But she guessed wrong. A doctor’s appointment showed James had a dangerously low blood count, and by 4:30 p.m. they were at UK Hospital, where James received four units of blood. The next morning he began chemotherapy for leukemia.

“That (diagnosis) turns your world upside down. It was horrible,” Hillary said. But, she added, they never contemplated anything less than a 100% cure. “That’s what we expected. We weren’t going to beat.”

During his treatments, James had more than 30 transfusions, most of them in the first 12 to 15 months. Those 30 transfusions came from 30 anonymous people who generously gave blood to Kentucky Blood Center.

“When he received transfusions, he immediately felt better,” Hillary said. “We were so fortunate that we had that resource available to him. Thank you to everyone who donates. When it’s your baby lying in that bed, it makes all the difference in their lives.