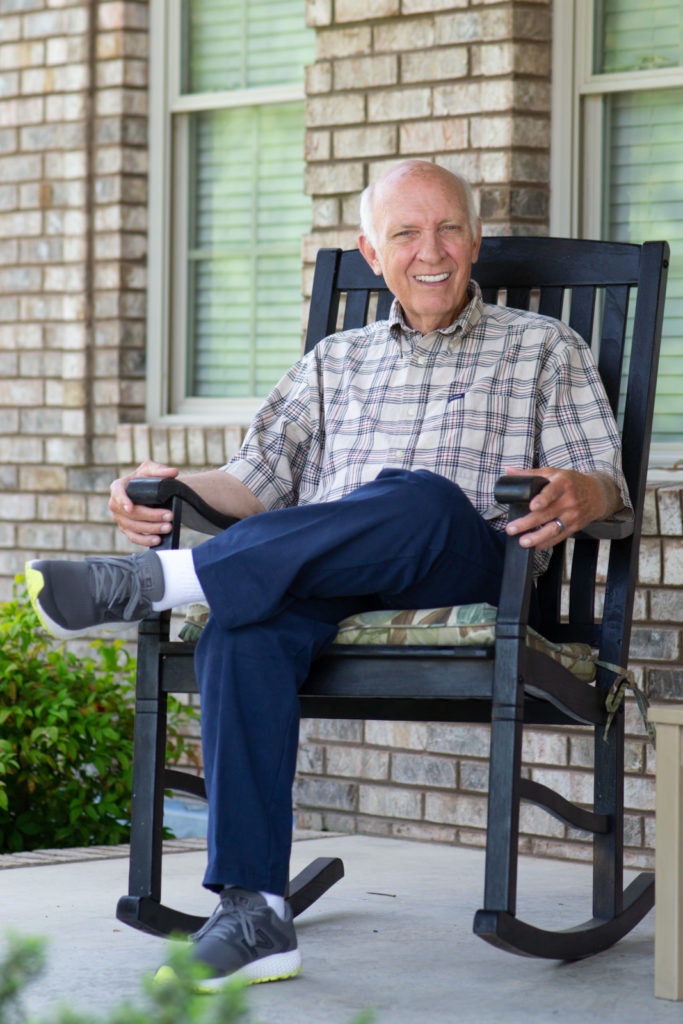 Dwight Webster is the one in four people who will need a blood transfusion at some point in their lifetime. Many of those one in four never imagine it will be them. They go about their normal routines, seemingly healthy, an emergency pops up, and suddenly it’s imperative that blood is available to save their life.

Dwight, a preacher in Nancy, Kentucky, was busy heading up a relatively new ministry near Lake Cumberland, Solid Rock Christian Church, when his physician assistant detected a slight heart murmur. Neither Dwight nor the PA were overly concerned. After a few tests were run, a cardiac catheterization (a procedure in which a thin, flexible tube is guided through a blood vessel to the heart) was recommended, and that was supposed to be the extent of it. Or so Dwight thought. “I was having the heart cath,” David recalled, “and the doctor told me, ‘I can’t help you. You’re going to need to have open-heart surgery.’ ” “The next thing I know they’re sawing my chest open.”

In a matter of two weeks, Dwight went from running a church to open-heart surgery at UK Hospital. Without the extensive procedure, Dwight was at risk of having a heart attack at any moment. Like many major heart surgeries, Dwight required a blood transfusion during the procedure. Even after 50 years of being a loyal donor, it never occurred to Dwight that it would be him at the other end of the blood bag. “You never know,” Dwight said. “You could say, ‘Well, why should I give?’ Well, you may be one who needs it. I mean, I didn’t know I would need it, and suddenly I did.”

Dwight recently became a platelet donor with Kentucky Blood Center after moving to Nancy in 2020. Faith and convenience play a big part in his consistent donations. “I’m a preacher,” Dwight said. “We believe in trying to help people out, and it’s a fairly easy thing to do.”

When the blood supply is low like it has been so often since the COVID-19 pandemic, health officials oftentimes must delay surgeries to ensure there is enough blood for emergencies like Dwight’s. Dwight’s hope is that, regardless of the need, there is enough blood for every one of the four who will need it. “Someday you may be in that situation yourself,” Dwight said. “You don’t want the doctors to tell you that you need blood and there is none available.”