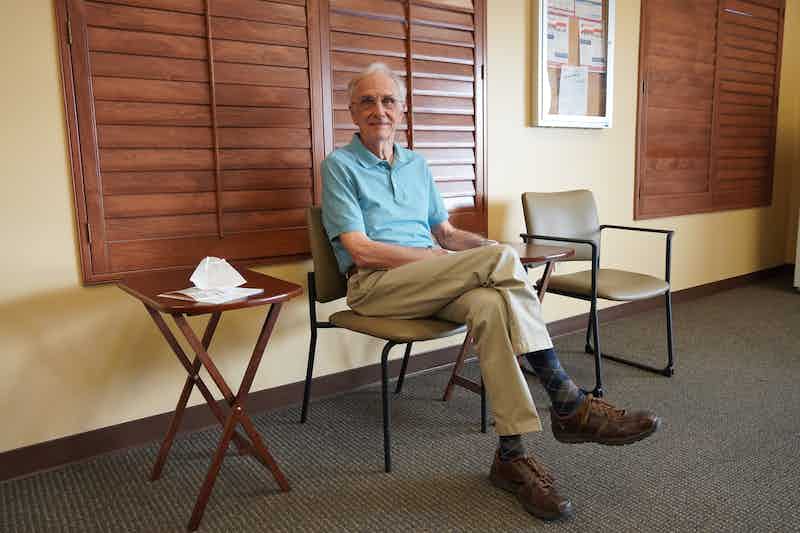 Hank Benson had never really thought about how many donations he had made over his life or how many lives he had saved, but the gravity of his impact recently hit him when he received an email notifying him that he had just made his 85th donation with Kentucky Blood Center – 10 gallons of blood.

“It’s just this knowledge that you’re helping somebody,” Hank says. “You don’t know who that is, where it is, but it is making a difference, and that’s a very positive feeling and something that the Lord helps me to do. I’m just happy to do it and will continue to do it as long as I’m on this earth for as long as I can, every 56 days.”

Outside of a five-year period when he was unable to give blood due to prostate cancer, Hank has been a regular blood donor since 1981.

Hank’s wife has needed transfusions from time to time due to various surgeries over the years, but Hank’s inspiration for beginning to donate decades ago was simply to help other people.

Now retired in Lexington, Kentucky, Hank regularly donates at KBC’s Andover location. His frequency and consistency show how easy it is to save lives, but Hank doesn’t understand some of the misconceptions about donating blood.

“Some of it is maybe – and it’s kind of ridiculous – is having a needle in you,” Hanks says. “Maybe if they haven’t donated before, they think it’s more time-consuming and more complex and more difficult than it really is, but it’s not a complex procedure. It goes by very quickly and comfortably.”