Pikeville Donor Was Raised to be a Giver 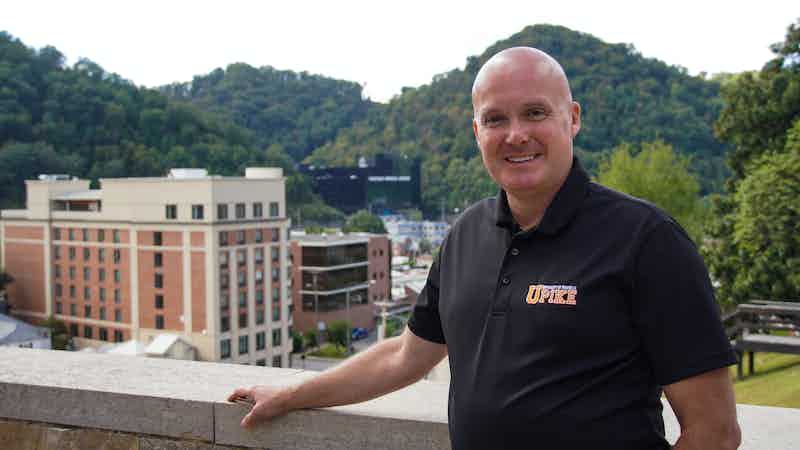 Kentucky Blood Center’s Pikeville location doesn’t open until 8 a.m., but every other Saturday, Gary Justice pulls into the parking lot at 472 S. Mayo Trail at 7:50 a.m. and remains in his truck.

“I spend 10 minutes there thinking about the lessons (my parents) taught me,” Gary said.

He thinks about his mom, who told him at an early age that it doesn’t matter how much money you have or who you are, you’re never above lending a hand. He thinks about his dad, who, if he wasn’t fixing a neighbor’s car or appliance that wasn’t working, he was helping them buy a replacement with some of his own money.

“That’s what they did,” Gary said. “They wanted to help people with nothing in return. Just show up and help somebody.”

Linda and Jimmy Justice are on Gary’s mind when he donates platelets (often triples) every 14 days. After all his parents taught him about being a giver – and all that they had taken away from them – Gary believes it’s the least he can do in their honor.

Linda lost her battle with colon cancer in 1987. A sarcoma took Jimmy’s life in 2014. Both received blood transfusions to help fight the dreaded disease.

“My mom and dad always taught me to help others when I can,” Gary said. “I was raised that way. When I donate, I believe that I’m making them proud, and I feel like I’m helping others.”

Gary’s parents would be proud indeed.

On July 15, 2022, Gary made his 200th donation with Kentucky Blood Center. That’s 25 gallons of blood products Gary has contributed to local patients in Kentucky.

With the way KBC splits its products – one donation can save up to three lives – the impact Gary alone has made isn’t lost on him.

“It’s definitely something I’m very proud of,” said Gary, dean of admissions at the University of Pikeville. “As a former baseball player, numbers always mean something. Being in admissions and enrollment, numbers motivate me. It’s a milestone. I like to be competitive with myself and find ways I can help my community.”

Gary isn’t content with 200 donations. Knowing that 1.9 million people are diagnosed with cancer each year (according to America’s Blood Centers) and that more than 25% of the blood supply is used by patients battling cancer – including more than 50% of platelet donations – he now has his sights set on 250 donations.

“Cancer has touced everybody,” Gary said.

In Gary’s previous role with the university, in 2013, he helped organize a blood drive with former UPike baseball coach Chad Gassman around their annual Fall World Series, which they called the Blood Series. The losing team was supposed to lead the charge for the Bears to donate blood or volunteer time at the drive, but the entire team participated after the series by giving blood or their time.

It was rewarding for Gary to walk alongside future leaders, dispel any misconceptions about blood donation, and expose them to a simple but oh-so powerful way of giving back to their community.

“We can’t always be takers,” Gary said, echoing what his parents taught him so many years ago. “We have to be givers. Sometimes we’re going to have to take, but if there is nothing there when we need something, then we’re really hurting.”

The way Gary sees it, a little bit of his time every other Saturday morning to get “pampered” with snacks, blankets, TV and good conversation with the KBC Pikeville phlebotomy staff is the least he can do to practice what his parents preached to him.

“If I can lay on the bed for a couple of hours, I know I’m giving someone else an opportunity to live to fight another day as they’re going through their therapy,” Gary said. “If I can honor my mom and dad by helping somebody else, I’m happy to do it.”

Are You Ready to be a Giver Like Gary?