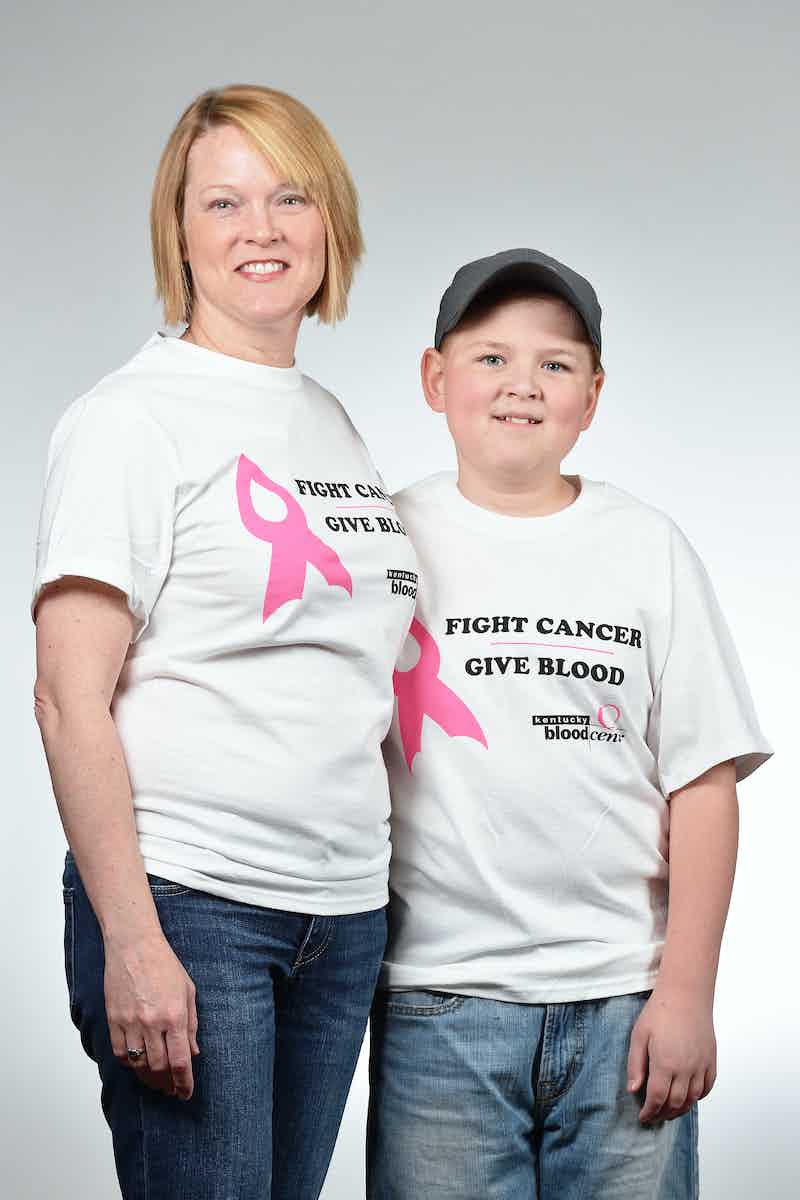 Tanner Welch was only 7 when he was diagnosed with brain cancer.

“He began having symptoms in February," said his mom, Ann Welch, a sergeant with the Lexington Police Department. "He was diagnosed in May and within days had two surgeries."

After the tumor was removed, Tanner underwent radiation and chemotherapy. Those treatments made him ill and weak. He needed blood transfusions to strengthen his little body. His first one was four weeks into radiation.

“When he got the transfusions, it was the most amazing thing," said Ann, who began recruiting friends and family to donate blood for Tanner. "He’d be so lethargic and within 20 minutes, his color got better. He’d brighten up. It made me feel bad that we were using it all up. We needed to do our part.”

“Kim knew us and loved us enough to do it,” Ann said.

Tanner believed he felt better when he received Kim’s platelets.

“When we’d see the yellow tag on the bag, (designating the platelets were designated specifically for Tanner), we’d take a picture of it and send it to Kim with a note that said, ‘He’s getting your super-duper platelets,’” Ann said. Ann watched her son get regular transfusions.

“I guess I never thought about the continued need. You hear surgery and accidents, but you don’t realize the continued need for cancer patients," Ann said. "The treatment for cancer is important, sticking to the protocol outline. If you can’t do the treatment when you are supposed to, it could delay the outcomes. Tanner needed a transfusion to build him up enough to take the cancer treatment."